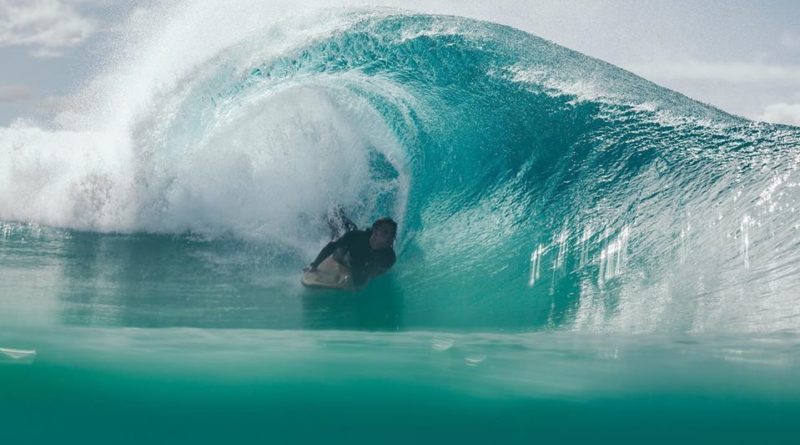 Going into 2019 I kinda only had one mindset and that was to travel our beautiful coastline in search of some pretty cool waves.

The year started off good I got to stay in Cape Town for a little and through that, I connected with Allan Horton as well as some other amazing people such as Allan van Gysen, Tsevi Rosenthal, David Bruce, and the list goes on. What we all shared in common was wanting to chase perfect waves!

I also found myself in a relationship with Caitlin Daniel who’s basically been supporting this little mission of mine and a massive thanks to her family for letting me stay and giving me the chance to chase waves.

Whenever I was down from Durban in Cape Town and there was swell on the way, Allan Horton and I were always on the mission, Allan drove me and some friends to some amazing spots along the west coast. I got a pretty good share of slabs, beach breaks and some cool hidden little point breaks and wedges.

I remember one of our first missions was to what’s probably my favorite slab on the west coast and that’s Tand. Deep swells hit a super exposed ledge which comes right out the water and you basically have to go straight for the rock before the wave bends right into the channel, there are guys who take it on even on its biggest days and these are the riders that ill forever look up to as there definitely must be one or two screws loose in their heads, chargers such as Allan himself who basically will pull into any size this wave gets he’s an absolute animal at this spot, there are also guys like Wilder Schultz, Andre Botha, Tristan Roberts, and a few others. We scored about two or three good sessions at this spot and one is a really big day too, that’s where Allan would help me break through each and every fear I had and gave me his full trust and pushing me to my limits, I had overcome some pretty large fears through those Tand missions as it’s definitely a wave that can do some damage if things go wrong.

Allan would put his full faith in me and pushed me to get the waves I got in those few very special sessions. Along the way I took every opportunity to meet the photographers in the line ups, some of these photographers are absolutely amazing people and role models and share the same passions we do so meeting them and thanking them for capturing these special moments is a must seeing this all around me and the potential our coastline has only added an addiction to wanting more.

We even got our fair share of some famous which is in lamberts bay on the west coast, it’s a perfect wave holding lefts and rights which go pump all day if conditions all lineup, I’m talking from morning till dark of just pumping offshore waves it’s crazy.

We even headed up the east coast on some occasions, I surfed some pretty cool slabs and wedges there are so many waves naming them all would be a list an a half hahaha.

And Cape Town its self has absolutely crazy waves just a short drive away. Waves such as The Hoek, Lands, Kalk bay and even some slabs in and around Seapoint area.

Allan and I made a pretty cool friendship he’s such a humble, calm and positive person and I admire that about him.
We should all chase the same goodness!!

Not even five minutes from Caits house lives David Bruce, a guy who always has me in tears of laughter with his crazy cool ideas and always keen on missioning for waves, David shared some of my bests times at Kalk Bay and The Hoek, he’s spent many many years surfing these spots and know’s exactly what conditions worked best, we often found ourselves leaving at early times of the morning when people are still fast asleep hunting these freezing cold Atlantic waves, sometimes some sessions being so cold I had no choice but to get out haha as soon as I would warm up and I would be straight back in the line-up.

As the year went on I made a mission to my friend Mell Nell who works in Plettenberg Bay in nature and marine conservation field, she gave me a spot to stay for a few days and I was hoping to surf what they call The Plettenberg Wedge!

Plettenberg wedge is a left wedge that breaks on a sandbank and sometimes you could call it a wedge that’s how close it breaks to the beach, on the flat days I was given the opportunity to explore Plett’s beauty and ocean life, I went whale watching and found myself hiking in some amazing untouched coastlines, on the days where some swell would pull in I would make my way down set up and basically surf what id say is my favorite wedge ever all day long, the water is definitely a lot warmer in Plett and with the right conditions you could find it an absolute ramp city, I practiced some new things because the wave is literally that good and nothing beats repetition. On my last day of Plett, as well was set to pull in with perfect conditions. Allan Horton and Stevi Rosenthal took the long drive from Cape Town through the night (mad men) just to get their share of wedges

As the first light pitched the waves were good. Nothing big but pretty clean and perfect, as every hour came we found the waves were just getting better and better, to a point I had one hour before my bus ride back to Durban but I just couldn’t leave the water it was just too good. Eventually, I had to get out of the water and make a mission to the bus stop and head back to Durban.

I was so surfed out I literally slept the entire bus ride home which was a good thing as the bus ride was more than ten hours long.

After being back home for a few months spearfishing and surfing some cave rock and bike n bean it was time to make my next mission back to the cold waters of the cape.

This next mission to Tand was probably the most fun I’ve had out at this special place. Allan had invited some friends from Gansbaai to come along for the mission. Late Friday afternoon we all drove to Tand and linked up from there, we decided to make it a camping mission we took the tents and anything we could fit in the cars and we camped right in front of Tand for two days. That’s when I met dicky chivel tom slough, JG and Anni a group of people from Gansbaai who have known Allan for some years, our first night we all connected really well we watched an amazing sunset, into watching a clear night sky filled with stars and far away from any other humans haha, we made a sick fire and set up for the next few days ahead. The next morning we were all packed on a rubber duck and made the boat ride around to sit in the channel at Tand, this was something id never seen done before. Cait and the crew on climbed on and watched us surf some Tand all morning long, after an epic morning of watching waves we all missioned to the panty bar and watched the springboks with the semi-finals,

I managed to make some new friends on this trip and that’s the number one thing I love about always making these missions and that’s the friends and the beautiful people you meet along the way.

The opportunities are endless when it comes to meeting people.

After a pretty funny crazy cool weekend, dicky sent Cait and I an invite to Gansbaai where there was this crew of people who work at a shark cage, whale watching boat safari I don’t know what you’d call them. But they are some really crazy cool people.

Cait and I took the invite with both hands and the next weekend we made the three-hour drive up the coast to spend the weekend with these new friends we made. It was also the weekend of the rugby world cup and so we shared a Saturday in a bar watching the game with these new people and crazy enough the springboks won the final and let not go on but all I can say is that’s probably the most beer I’ve ever drunk in 80 minutes!

We stayed at JG’s house who lives with tom his brother and the cool dog Mila. The day after the rugby, Dicky and Annie took Cait and I went whale watching and shark spotting which was really cool for Cait and myself. I will forever be grateful for people like them!

The next day in Gansbaai JG and Tom took me to a spot called toilets, it’s a left-hand slab that has two peaks of barrels,

That morning the waves were on, I and JG paddled out and shared some amazing waves all morning long, even Mila the dog tried to swim out and join us haha wasn’t the best idea the dog had to do some serious duck diving haha.

After that weekend it was time for me to head back to Durban, its always sad leaving a place where you felt so comfy and accepted for who you are.

But before I knew it, I was back home and straight into a pretty solid three days of pumping east swells, having come back from surfing some really good waves I was definitely ready physically and mentally for these next few days of waves, north beach was as big is she gets for about two days straight with only one day being really worth the paddle, I found myself scoring some big waves with a surfer Mike Frew for about an hour before the lineup started fulling up with tow ins and some big wave chargers.

The next day the swell dropped off, and I knew of one spot that the shore break could be good. The Bike ‘n Bean, I left home early whilst it was still dark and made the mission down to see what it was doing.

Bike and Bean – Pic by @craigopix

And I was right, the waves were on, heavy closeout shore breaks with big barrels and the odd big ramp, I remember my first wave being one of the biggest ramps I’ve ever gotten out there. I was feeling super fired up and waiting for the biggest closeouts that came though haha I was in my element especially being my home break.

After a few minutes of being out there the word got out and we all shared some pretty insane waves all morning long.

There’s many more stories ill keep but that’s basically what I’ve been getting up this year if there’s some advice I can give young bodyboarders of SA. That is to travel your bloody coastline, make the missions even if it means sleeping on a couch eating two-minute noodles for days, haha it gets you onto some of the best waves ever.

Never be shy to introduce yourself to people as you never know who you are going to meet, I’m forever grateful and humbled by the adventures and people I have met, life can be hectic especially when your young and lost and not sure what to do.

In those times make it your goal to just move on your own two feet and make something of your time here on this earth.
And take every opportunity you can get… 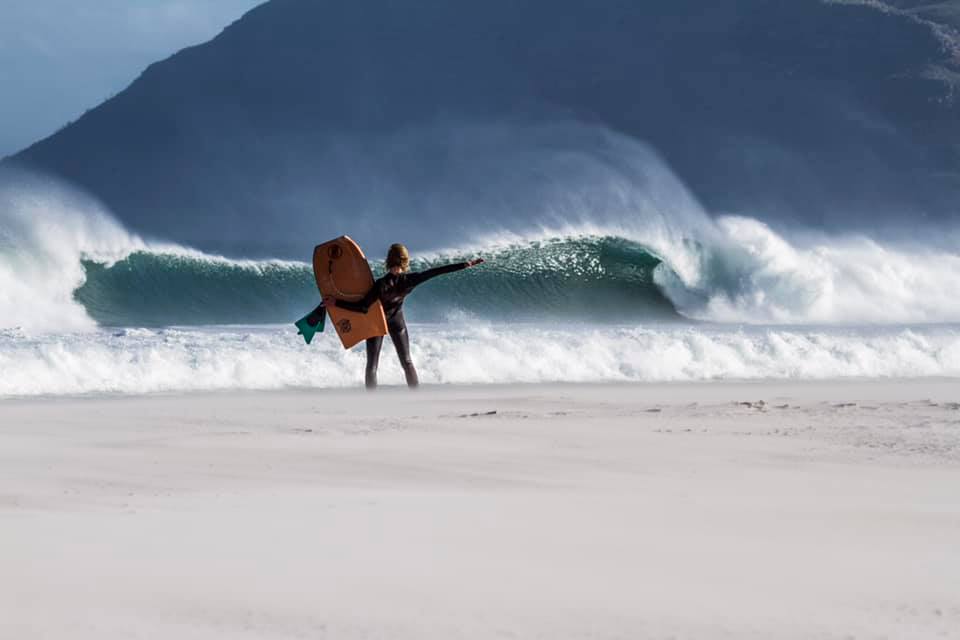