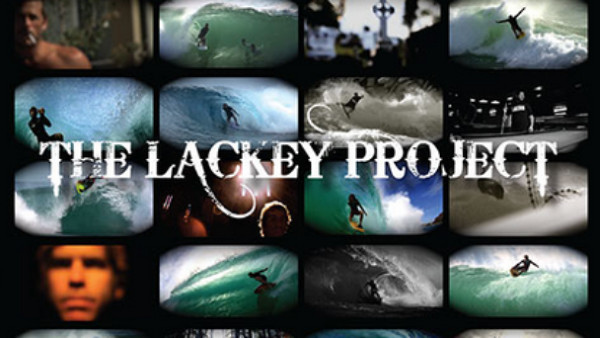 Two years in the making…correction…two painstaking years in the making. Lackey pulls out all the stops in the soon to be historic DK vid: The Lackey Project.
Not only are the edits state of the art…assembling this DK cast together in one film and the depth in which they are featured would be near impossible to complete for any other film director. Lackey holds it down from D.Bah to South Africa and even gets the holy grail of all: some new Roach footage. Amazing soundtrack and nods of some of the biggest metal acts to grace a bodyboarding vid; Anthrax, Overkill, Hammerfall, Madcon, and Danzig.