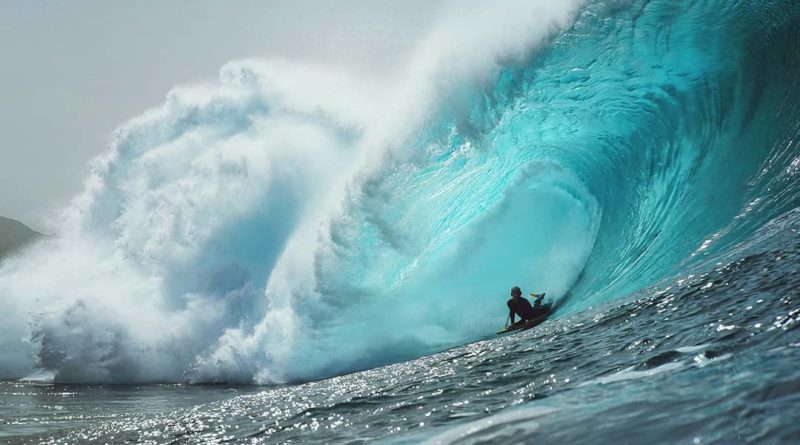 1) Hey Moz, thanks for chatting with us!
How’s lockdown been going and are you able to surf?

The lockdown has been pretty crazy, especially were my house, which is pretty much in front of the best waves here in the Canaries!
So that was tough at some stage. But yeah we are able to ride now for two weeks and that’s changed my life for the better.

2)Tell us about your bodyboarding school and how’s that been?

I first created my academy to create courses around the world that have worked so well for the last 5 years now. I have been discovering so many new places with different bodyboarding communities. I love this…More recently I created a bodyboarding school in Galdar where I live and that’s going really well. I have a bunch of kids stoked on their board’s which is amazing to see.

3) When did you first start bodyboarding and what made you start?

I started on Reunion island around 1995. Bodyboarding was already big over there at this stage, with the local professional rider-Thomas Richard for example. There was a world tour event too at Saint-Leu then Saint Pierre every year so I just went through that and till today I never stop riding.I’m like the 5th generation of bodyboarders from Reunion. The first riders back in late 70 were guys like Patrick Flores the father of famous stand-up surfer Jeremy Flores.

4) Tell us about your world titles that you have won and which was the most memorable in your career?

My titles had different tastes. The first won was definitely the highlight of my career and even just this Pipe event I won that year was enough to push me to a place I was dreaming about. When I was young Hawaii was the place to be, the contest to compete at, and the point of traveling from Reunion to Hawaii you were already a champion😊 Winning this event made me realize that everything is possible no matter where you come from. Then that year was super intense with weird things happening at pretty much every event as the waves were coming straight to me and other riders were falling. I dunno I felt sometimes that things were going my way. The second title was super cool too and it was pretty much revenge from the year before when Ben Player won the title even with the same ranking points I had. I wanted to show to myself that I could do it again and this is what I did!

5) Is competing still in you or are you more into free surfing now?

I love free surfing more than anything and it has always been that way for me but the competition was a big part of my life since I was 10 years old. First, it was locals in Reunion, then Nationals in France, The European Tour, and then finally the nig stage the World Tour. Today I am still really motivated to compete but only in good bodyboarding waves such as Arica, Fronton, Quemado, Pipe, etc…

6) What do you think of bodyboarding right now and what could be done better?

Bodyboarding right now is a bit down around the whole world situation but without that, I think that the level is super high and there are so many good riders ripping around the world. The industry is what it is and I don’t think it could get worse right now. Bodyboarding has always been underground and today even without a big industry, sponsors, contests, etc, so many guys are still motivated to ride, to perform, to do new moves…we love what we do for what it is!!!

7) Any new clips or movies on the go at the moment with Sniper?

I m mainly working on my tutorials videos project which is available on Vimeo on demand and that’s called STEPS TO THE TOP. I have a great vision of this and I hope people will like it. It takes time but I’m on it. I’m also working on a clip with Performance Bodyboarding that should be sick and some great footage from this winter.

8) Where do you want to see yourself in the next 5 years in the sport of bodyboarding?

I really hope to still around, fit, and riding waves as usual. Hopefully still competing too on the events I like to do. I will be focusing on my academy too I guess and maybe following and coaching some news riders emerging on the world tour… I would love to do this at some stage.

9) Do you think you will ever visit South Africa in the future again?

I came to SA twice already but that was in 2003 which is a while ago. I came with some friends from Reunion and we drove from Durban to East London and through the Transkei which was a pretty crazy experience by the way!!! We had such a good time, riding good waves all the way along the coast, sleeping in backpackers, and eating amazing food. I will come back hopefully with the family to ride and discover the wildlife you guys have around there.

10) Thanks for chatting to us at ZA Boogie and last words or shoutouts to your fans.

Thanks, guys for supporting bodyboarding and this way of life!
If you have a dream in mind stick to it and work as much as you can to realize it being conscientious of your abilities. Know yourself as a rider and a person who can always improve their skill.
Thanks, boys Moz!